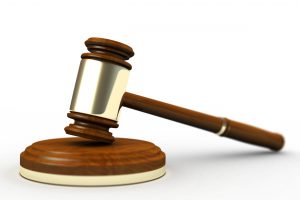 Comedian Richard Pryor was a fairly controversial character when he was alive, so it may come as no surprise that his death in 2005 triggered a family feud that continues to make headlines to this day.  Pryor’s life included multiple marriages, a failed attempt at a blended family, deteriorating health that led to claims of incapacity, and even a secret marriage. Litigation started even before Richard’s death and continued for many years after he was gone. A recent interview given by Quincy Jones ignited the feud between Pryor’s widow and several of his children once again. Was poor estate planning to blame for the litigation that followed Pryor’s death?

Richard Pryor was known for being over the top. He loved to shock audiences, and he apparently loved to get married – so much so that he tied the knot seven times to five different women! Jennifer Lee-Pryor was both Richard’s fourth wife and seventh wife, making her his widow at the time of his death. Her final marriage to Richard lasted from 2001 until his death in 2005.  Although Richard and Jennifer did not have any children together, Richard had seven children from six different women.  Both before and after his death, at least three of the children — Richard, Jr., Elizabeth, and Rain – did not get along with Jennifer. The bickering turned into full-blown litigation after Richard’s death.

The Family Feud Leads to Litigation

Pryor was diagnosed with multiple sclerosis in the 1980s. By the early 1990s, his condition had deteriorated to the point where he needed live-in help. In 1994, he hired Jennifer to oversee his caregivers and act as his personal manager. At the time, they had been divorced for years but remained close friends. Jennifer moved from New York to Los Angeles in 1994 to take care of Richard and manage his affairs, in exchange for a salary and rent.
Richard, Jr., filed for conservatorship of Pryor in 2000, alleging that his father had deteriorated to the point that he could no longer make decisions for himself and complained that Jennifer limited access, at times refusing to allow Richard, Jr., to see his father.  Jennifer fought back that Pryor had picked her and an accountant to make his decisions as agents under power of attorney documents, and also as co-trustees of Richard Pryor’s Trust.  She contended that Pryor was well-cared for and a court-appointed conservator was not needed.  The probate judge overseeing the case ruled in Jennifer’s favor.
In 2001, Richard and Jennifer married for the second time; however, they applied for a “confidential” marriage certificate, meaning the certificate was not made a matter of public record.  Pryor’s children were never told about the marriage. Afterward the marriage, Pryor amended his trust, naming Jennifer as the primary beneficiary and the person with the right to control all of his intellectual property — including his name and image rights, and royalties from his comedy albums and performances.  These changes to the trust left Jennifer in complete control, both before and after Pryor died.  He passed away from a heart attack in 2005 at age 65.  Estimates placed the total value of the Richard Pryor estate at around $40 million at the time.
In  2006, Richard’s daughter Elizabeth filed suit against Jennifer, accusing her of elder abuse, fraud, forgery, and taking advantage of Richard’s weakened mental and physical state.  Due in large part to the fact that she was Richard’s widow, Jennifer prevailed in the probate court litigation.  Elizabeth then appealed to the California Court of Appeals.  She argued that the marriage was the product of fraud and should be annulled.  She also invoked California’s statute prohibiting gifts and bequests to caregivers. The Court of Appeals ruled that Elizabeth did not have standing to seek an annulment, because under California law, such a legal proceeding could only go forward if one of the spouses had filed the case before death.  Therefore, the marriage was upheld as valid.  This ruling allowed Jennifer to use an exception to the law prohibiting gifts to caregivers if the caregiver was a spouse.  Because Jennifer was legally married to Pryor, any gifts or bequests he made to her, through his trust or otherwise, were protected.
Had Elizabeth been able to convince the court that Pryor lacked sufficient mental capacity to make the changes to his trust, that the changes were brought about by undue influence from Jennifer, or that the documents were forged, Elizabeth might have prevailed; however, it appears that Elizabeth lacked  sufficient evidence to prevail using any of those allegations.

Was Poor Estate Planning to Blame for the Litigation?

Amazingly, it is either poor estate planning, or a complete lack of planning, that often triggers probate litigation following the death of the “rich and famous.” Despite the resources with which to create a well thought out and comprehensive estate plan, many wealthy individuals fail to do so. That was not the case with Richard Pryor’s estate. Although his children, and others, may forever remain suspicious and skeptical about Pryor’s state of mind during the years leading up to his death, his wishes appear fairly clear and consistent. He sought out Jennifer’s assistance over a decade before his death. True, the secret marriage is somewhat unusual; however, in and of itself it doesn’t prove that the changes Richard made to his estate plan after the marriage were fraudulently made or coerced. Jennifer’s status as Richard’s spouse, coupled with the fact that Richard initially sought out her assistance long before his mental capacity deteriorated, gave Jennifer the advantage in the litigation. The estate planning lesson to be learned here is: plan early and plan well.

For more information, please join us for an upcoming FREE seminar. If you have additional questions or concerns about estate planning, contact the experienced estate planning attorneys at Morris Hall PLLC by calling 888-222-1328 to schedule your appointment today. 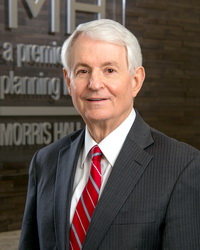