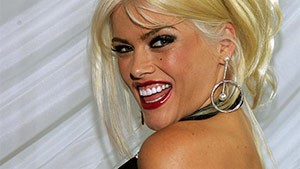 Anna Nicole Smith married billionaire oil tycoon J. Howard Marshall in 1994, despite a 63 year age difference. Marshall passed away the following year, without designating any of his estate to Smith in his will or in any other documentation.  Smith claimed Marshall had promised her $300 million and took her claim to the courts.

After an initial lengthy battle between Smith and E. Pierce Marshall, J. Howard Marshall’s son, a California bankruptcy court awarded Smith $475 million from the Marshall estate.  However, the legal battles continued with E. Pierce Marshall fighting to prevent Smith from inheriting so much from his father’s estate.

Unfortunately, E. Pierce Marshall died in 2006 at 67 years old, followed eight months later by the shocking death of Smith due to a drug overdose.  Five years after their deaths, and sixteen years after the death of J. Howard Marshall, the case has finally been decided through the U.S. Supreme Court.  A narrowly-divided court decided 5-4 that the bankruptcy court did not have jurisdiction to essentially try a probate case.  Smith’s estate lost its claim to any portion of the Marshall estate, leaving all the funds to the Marshall family.

We will never know the true wishes of J. Howard Marshall in regards to Anna Nicole Smith.  Perhaps he did intend for her to have a portion of his estate.  It serves as a reminder to plan properly and keep your documents current with the changes in your life.

Anna Nicole Smith was Playmate of the Year and prior to her passing, she had a daughter with Larry Birkhead.  Her life was plagued with problems related to prescription drugs and Smith met her untimely demise at a young age.  She met J. Howard Marshall at a strip club, but ended up being a widow who was embroiled in a legal battle with his son.  After it was all said and done, her daughter inherited the remainder of what was left of her estate.  Dannielynn Birkhead’s net worth is said to be $3 million.  She and her father Daniel regularly attend events together and she resembles her famous mother a great deal.  Her family tree was troubled with estate planning issues that could have been resolved with a well-designed estate plan that protected their family.

Why Choose Morris Hall:
You have a number of options when it comes to estate planning, so why pick Morris Hall?  First off, estate planning and asset protection are a very complicated endeavor and you should only trust someone who focuses exclusively on those matters.  Also, Morris Hall is a proud member of The American Academy of Estate Planning Attorneys (AAEPA) which provides us additional support, advanced training, tools and information that is not available to others – which means that we can better protect your assets and your loved ones.  We are one of only two firms in Arizona that has been granted membership in the American Academy of Estate Planning Attorneys.  If you have assets and loved ones that you want to protect, you are in good hands with Morris Hall.  Contact us today at 888.222.1328 to schedule an appointment!