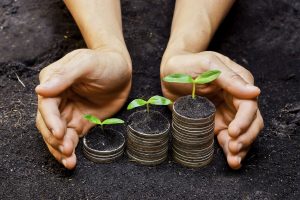 What to include in estate planning? Every individual needs to create an effective estate plan describing their wishes as to the disposition of assets, care of minor children, and burial arrangements. However, even people who meticulously prepare their estate plans often overlook their personal property. When you create a Will or Trust, you can make specific provisions for distribution of items of personal property among your heirs.

Lack of a Plan Can Lead to Problems Among Heirs

Failure to outline who should receive your family heirlooms and other emotionally valuable personal property can lead to problems and family feuds. A widower, John, thought he planned out every detail of what would happen after he was gone, including family discussions about how his major assets were to be divided. However, John never considered his personal property in his estate plan, which tore his family apart at his death.

After John passed away, there was disagreement among family members over the tangible personal property he had owned. His daughters thought they would each receive their mother’s favorite jewelry. Friends and relatives demanded his prized gun collection that they claimed the widower had promised them. However, verbal promises cannot be used in estate distribution and probate of a Will. John’s family and the executor faced problems that could have been avoided had he included his personal property along with his financial assets in his estate plan.

Other problems can also arise from ignoring tangible personal property in preparing and maintaining your estate plan. It is quite common to have family or friends take personal items before the estate is settled. This can significantly delay assessing the estate’s value, especially if items of substantial value are taken before a proper inventory is conducted. By having a detailed list of tangible personal property items and intended recipients you will avoid this problem for your heirs and executor.

With some effort on your part, you can minimize the complications that could arise after you’re gone. To accomplish this, you can create and sign a formal distribution plan as part of your Will or Trust, assigning items of importance to heirs by name. You can also direct how non-specified property should be distributed. For example, you can direct that all of your clothing be given to the Salvation Army, or furniture to a local church thrift shop.