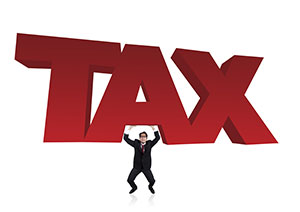 In Taxing Planning 2011-12, anyone who has been to visit a financial planner or estate planning attorney this past year probably knows that the federal estate and generation-skipping transfer (GST) taxes were repealed for 2010. Even if you haven’t visited an attorney to discuss your will or estate plan, you’ve likely heard a joke about how 2010 was a “great year to die.” But as the year draws to a close, so does the repealed tax.

So, the question is, what is next for the federal estate tax?

If Congress hadn’t acted in December, the estate and GST taxes would have been reinstated at their 2001 levels, which allowed for the first $1 million of a person’s estate to pass on tax-free, and the remaining to be taxed up to a rate of 55 percent.

Here is what the law does for the next two years:

The New Federal Estate and Gift Taxes’ Implications for Couples

One of the major changes allowed under the Tax Relief Act provides a tax benefit for widowed individuals whose spouse dies in 2011 or 2012.

Bypass, or family trusts, helped work around this and allowed for exemptions for both spouses to be utilized.

What this means is that for the next two years, bypass trusts are no longer needed to be able to use both spouses’ federal exemptions. Starting in 2011, widows and widowers can add any unused estate tax exemption of their recently deceased spouse to their own – allowing up to $10 million to be transferred tax free.

This portability of exemption also applies to the gift tax since it is unified with the estate tax, meaning that Wendy could use part of Harry’s unused $5 million exemption to give tax-free lifetime gifts if she so chose.

In addition, twenty-one states and the District of Columbia have their own estate or inheritance taxes. For many of those states, only the first $1 million or less is exempt from taxes, so it is still important to utilize bypass or family trusts to reduce the amount of state death taxes paid.

Arizona does not currently have a state death or estate tax, but Arizona residents may still own real estate in another state that would be subject to a state death tax, so proper tax planning is important to preserve their assets.

These new laws are only in place until December 31, 2012, so discussions of estate tax will be renewed as 2013 approaches. Given the ever-changing nature of the federal tax laws, it is important to consult with an estate planning attorney to make sure your estate plan is up to date and you are taking advantage of all the law has to offer.