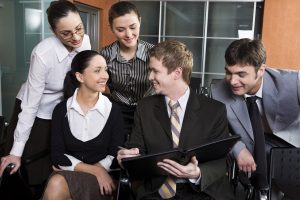 There is no question that a Living Trust allows you to avoid probate or administration – if, of course, the Trust is properly drafted and funded. But does this mean a Living Trust is more cost-effective than a Will?

In 2002, the Second Circuit Court of Appeals released an opinion in the case of Estate of Grant v. Commissioner of Internal Revenue Service. This opinion contained some interesting findings about the cost of probate as compared to the cost of administering a Trust.

Mrs. Grant, a Maryland resident, established a Living Trust. When she died, most of her assets, including her home, were included in the Trust. These assets, with a total value of approximately $866,000, avoided probate. Mrs. Grant also left assets totaling $11,253 that were not included in her Trust. These assets were subject to probate.

Since only $11,253 of Mrs. Grant’s estate was subject to probate, the IRS disallowed most of the $16,875 deduction. The Tax Court agreed, making these determinations:

The Tax Court reduced the $16,875 deduction for personal representative and executor fees to $6,733. The children argued that their fee was reasonable and that it was less than what the executor’s fee would have been if Mrs. Grant’s entire estate had been subject to probate. They appealed to the Second Circuit Court of Appeals, and the Tax Court’s decision was upheld.

One of the lessons from this case is that in Maryland, all things being equal, the cost of administering a Trust is significantly less than the cost of probating an estate.
Is the same thing true throughout the country? Between 2000-2001, the American Academy of Estate Planning Attorneys conducted a nationwide survey of probate costs and found that, on average, probate fees approximate 2 percent of the value of the estate. According to the same survey, Trust administration expenses were much lower – ½ to 1 percent of the cost of the estate, on average.

Are Trust administration costs always less than probate costs? The facts in Mrs. Grant and the American Academy survey do not indicate this, but what they do indicate, that in most situations, it is less expensive to administer a Trust than to probate an estate.