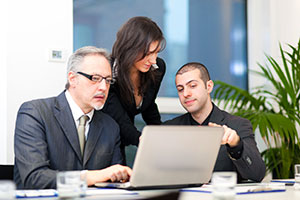 When you are planning for adoption consider this, in 2013, a Florida court set aside an adoption in a case called Goodman v. Goodman. There was no upset child or devastated parents in this case, because Mr. Goodman adopted his adult girlfriend. Mr. Goodman and his ex-wife had created an Irrevocable Trust for their shared children, but the couple subsequently divorced. Mr. Goodman decided to adopt his girlfriend so she would become a beneficiary of the Trust and reduce the share of the money going to his biological children.

Most adoption situations are far less likely to sound like a plot from a daytime soap opera, and much more straightforward. In fact, the majority of adoptions involve loving parents bringing a child into their lives and creating a new family. However, like Goodman v. Goodman, every adoption can have a major impact on who inherits what when a parent passes away.

In most states, when a child is adopted, that child becomes a part of the adoptive parent’s line of intestate succession. The child, at the time of the adoption, stops being a part of his or her biological parent’s intestate line of succession, which refers to the members of the family who will inherit when someone dies with no Will.

Furthermore, in most states if the biological parents die without a Will, the adopted child will no longer inherit as they would have before the adoption was finalized. However, if the adoptive parents die with no Will, the adopted child will be considered part of their line of descendants and will inherit just as any other child would. In other words, the child can inherit from only the new adoptive line.

The impact of adoption on intestate succession can become a major issue in situations where an intrafamily adoption occurs. For example, if a couple named Tom and Sue have three children and then adopt a grandchild, Peggy, then Peggy would inherit as if she was a fourth child if Tom and Sue died without a Will. This may not be consistent with the wishes of the family members since the adopted grandchild would get a share of the assets that would have gone to others.

The rules for who inherits can vary by state, and there are many different scenarios for how money will pass when someone dies without a Will, depending upon which family members are left alive at the time. The important thing to remember is that when an adoption occurs, the child who was adopted will be treated exactly the same as birth children if there is no Will to dictate how money and assets are distributed.

As in the case of Goodman v. Goodman, the adoption of a child (either a minor or an adult in most states) can also affect who the Trust beneficiaries are. It is important to have a Trust or a Will in order to make sure that you either include or exclude adopted children from inheriting in the same way as biological children do.

Adoption has other implications as well, such as creating a legal obligation of parents to support the child; affecting financial aid and resources available to the child; and even sometimes creating an obligation for the child to take care of the parents. Don’t let the joyous occasion of adoption lead to legal trouble – get help from an experienced estate planning lawyer who can assist you in creating a plan so the adoption doesn’t have an unexpected impact on your finances. Contact the estate planning attorneys of Morris Hall, PLLC at 888-222-1328 to schedule your complimentary consultation.