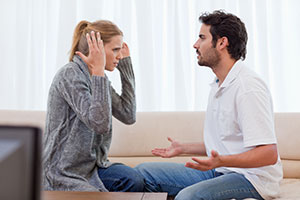 Walt Disneys grandchildren have been entangled in a complex family feud in Maricopa County Probate Court over their inheritance which means no happily ever after. The controversy was covered in depth by the Arizona Republic, and illustrates the problems that can arise when co-trustees, family and friends fight over an inheritance.

The Beginning of the Story

Once upon a time, everything seemed wonderful for the Disney family. Walt’s youngest daughter, Sharon, married Bill Lund in 1968. Bill was instrumental in helping Disney find the sites for Disneyland and Walt Disney World-the Happiest Places on Earth. Bill adopted Sharon’s daughter from a previous marriage, and the couple had twins, Michelle and Bradford (Brad), in 1970.

The Money at Stake

Walt made sure his grandchildren were going to be well taken care of financially. Before his death, Walt created a trust which provided each grandchild with an estimated $20 million disbursement at the ages of 35, 40, and 45, in addition to substantial yearly distributions.

Among their duties, the trustees were responsible for evaluating whether the children were competent to receive the monetary distributions. Once the children received the money, they could use it as they pleased.

Background of the Dispute

Although Bill and Sharon divorced in 1977, they still remained close. Sharon passed away in 1993, but before she died in 1992, she named Bill as one of four trustees of the grand childrens money.

Then, in 2009, tragedy struck. Michelle, the oldest twin, was hospitalized in critical condition because of an aneurysm. Her father, Bill, who was also her health care agent, wanted to relocate Michelle to Arizona for treatment. But friends and relatives of Michelle saw this as an attempt by Bill and his new wife, Sherry, to purposely isolate Michelle to get access to Michelle’s wealth. Bill and Sherry in turn accused Michelle’s friends and family of only caring about Michelle’s money and not her health.

When Michelle was able to communicate again, she sided with her friends and family and against her father. She said that she never would have wanted to go to Arizona, and that she did not want Bill or Sherry to control her money or make her health care decisions.

Michelle then named two co-trustees of her own, her attorney and a family adviser, to manage her trust fund until she fully recovered, and she named a good friend as her temporary guardian.

The two co-trustees then found evidence that Bill was receiving money from the trust as a result of secret land deals. The law prohibits a trustee from enriching himself or herself through trust fund transactions, and the other trustees had no idea these transactions were occurring.

The dispute came to a climax when the co-trustees sued to remove Bill as a trustee. Bill responded by providing a document with Michelle’s and Brad’s signatures giving him authority to make these kinds of real estate transactions.

A handwriting expert said Michelle’s signature was not authentic, but Bill denied forging his children’s signatures. He said the trust received $163 million as a result of the land deals, and he made one of the other trustees aware of his payment arrangement.

Because of the dispute regarding Michelle, family members questioned her twin brother Brad’s well-being. Brad lives next door to Bill in Paradise Valley, and family members are concerned Bill is purposely isolating Brad. The family has questioned how Brad’s money is being used.

Brad’s competency has been in dispute, so when he turned 35 in 2005, all of the trustees-including Bill-voted against giving Brad his disbursement. After the family feud, only Bill voted to give Brad the $20 million, although he still receives roughly $1 million per year from his trust.

For his part, Brad says he is happy living next to his dad. He is frustrated the court never asked him before using his money to pay for a court-appointed guardian ad litem to represent his best interests. To limit further court actions, Brad has asked to be legally adopted by Sherry, Bill’s wife.

Although this story didn’t have a fairy tale ending, the Disney family fight did end. The family reached agreement when Bill agreed to step down from his children’s trust funds. He claims he wanted to fight the removal, but health problems forced him to settle.

As part of the agreement, Bill will receive $500,000 per year for the rest of his life from Brad’s trust, but will receive no money from Michelle’s trust.

In a column he wrote for the Arizona Republic, Bill explained, “What has transpired over the past year has been pure torture. I have not been able to speak to my daughter in private for nearly a year.”

This was certainly not the fairy tale ending Walt hoped for when he created the trusts. However, the trusts did provide the protection they were intended for. A qualified estate planning attorney from Morris Hall can help you determine and create the best strategies for your situation and protection for your heirs at a complimentary consultation.