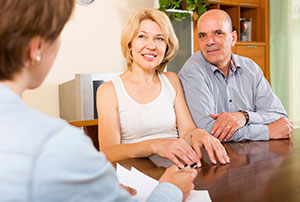 When former NFL quarterback, Steve McNair, died without a Will, his family members were left to fight over his expansive estate. Immediately after his death, although news reports indicated the NFL-star had provided instructions to his family and that his wife wasn’t trying to exclude his mother from inheriting, things quickly deteriorated.

Two years later, on the anniversary of McNair’s death, his mother was sued by his widow, Mechelle, over property taken from a 45-acre ranch in Mississippi. His mother said the ranch had been a no-string attached gift from her son, but she was evicted from the ranch by Mechelle’s lawyers and asked to return $54,363 to McNair’s estate after she reportedly took items, she had purchased, from the home upon leaving.

The Importance Of Knowing How To Select An Estate Attorney

That’s why its important to know how to select an Estate Attorney. To avoid similar problems, many celebrities create a Will. A Will alone, however, is no guarantee that things will go smoother after death. The case of child-star Gary Coleman shows what can happen when estate planning is not done professionally.

Coleman signed a Will in 2005 naming his friend and the former head of his corporation as the executor and beneficiary of his estate. However, after getting married in 2007, he signed a handwritten amendment to the Will leaving his assets to his wife. The couple divorced in 2008 but continued to live together. When Coleman died in 2010, his ex-wife claimed she should inherit all of his assets. The dispute, like so many others that arise when a Will is unclear, ended up in court as Coleman’s ex-wife and his friend battled over his home, his pension, and the intellectual rights to his works.

Coleman made the mistake of failing to update his Will properly. However, there are lots of other mistakes that can be made when it comes to estate planning. For example:

These are just a few examples of the many pitfalls that can occur when you try to handle estate planning without advanced knowledge of the law. Don’t make this mistake – get help from a qualified and experienced estate planning attorney. Your beneficiaries will be grateful that you planned and spared them disputes and heartache that may occur after you are gone.