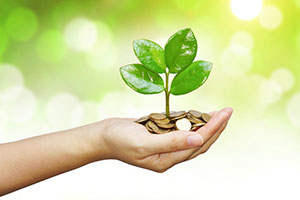 Gifting Your IRA to Your Favorite Charity is if you have money in an Individual Retirement Account (IRA), you know you can’t take out distributions without paying taxes on the money you withdraw. For many older people with large portions of their personal wealth tied up in IRAs and other tax-advantaged retirement accounts, the tax implications of taking money out of an IRA can impede their ability to give large sums to the charity of their choice.

If you want to give money to a charity you support, taking the cash out of your IRA and paying the taxes on it could eat up a big chunk of the gift you were hoping to give. While you can take an itemized deduction for charitable contributions, the deduction has to exceed the standard deduction before it actually becomes useful for you to claim the money donated. Not only that, but charitable contributions are only deductible up to a portion of your income depending upon the type of charity you support and the type of property or assets donated. This means you could end up having to pay a lot more in taxes than you get back in deductions if you take money out of your IRA prematurely to make a gift to charity.

Fortunately, lawmakers have addressed this problem in the past and made it possible for Americans to exercise their generous spirit, with an “IRA charitable rollover, described below. Lawmakers are also working on a way to make it possible for IRA-holders to once again give money to a charity without having to pay a big bill to Uncle Sam in return for their generosity.

Gifting an IRA to Charity

To give a gift from an IRA to charity without having to pay taxes on withdrawals, a tax rule was introduced in 2006 called an IRA charitable rollover. Under this special tax rule, a person could give as much as $100,000 from their IRA directly to the charity of their choice. The money was excluded from income, so there was no penalty for making the gift.

However, the rule had some limitations, such as restricting the ability to give an IRA to charity only to people over the age of 70 1/2 at the time the gift was made. Furthermore, the tax exclusion applied only to standard and Roth-IRAs and not to other kinds of retirement plans. Still, it made it possible for people to contribute to causes they are passionate about. For example, Forbes previously reported, some individuals with substantial IRA balances were able to give money to places like the Philadelphia Zoo or help provide funds that gave children access to museums in their home city.

Unfortunately, the IRA charitable rollover rule was not made a permanent rule at the time it was passed. The rule initially allowed for donations from IRAs without tax implications only in 2006 and 2007. However, it has been extended several times including in the Fiscal Cliff deal that lawmakers reached to extend the tax break through 2013. The Wall Street Journal reported in February that it was likely that the tax break would be extended through 2014 despite the fact that it had expired, and Investment News reported in May that the U.S. House of Representatives’ top tax committee approved a proposal that would make the IRA Charitable Rollover a permanent fixture of the tax code. Legislation including the IRA Charitable Rollover passed the House Representatives in July.

The uncertainty surrounding the future of this tax break continues to create problems for those who want to donate part of their IRA, but the hopes are that lawmakers will recognize the myriad of benefits making it possible for people to give their IRA’s directly to charity. Because of ever-changing tax rules, those who want to make a gift to charity should be sure to talk to a lawyer about their options, and call our office today for your complimentary consultation: 1-888-222-1328.