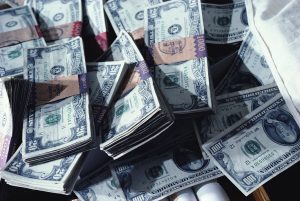 Born in 1922, Stan Lee became a comic hero legend. Beginning in New York in the early 1960s, Lee’s tenure at the top of Marvel Comics spawned Spider-Man, Black Panther, and the X-Men.  As the chairman of Marvel Comics, Lee took the company from a small division of a publishing house to a large multimedia corporation. Sadly, Lee may now need his own hero to prevent him from becoming the victim of elder financial abuse.
A Los Angeles judge recently granted a temporary restraining order against Keya Morgan, Lee’s manager and business partner, who has been acting as his “caregiver” since the passing of Lee’s wife last July. The petition in support of the order was filed by Tom Lallas, Lee’s former attorney who was abruptly fired last February. The petition alleges, among other things, that Morgan has been unduly influencing and isolating Lee.
The Controversy
In a complaint, Lee’s former attorney stated that there are multiple ongoing criminal investigations regarding potential financial elder abuse by Morgan. A police report attached to the complaint indicates that a detective observed that Lee suffers from a short-term memory impairment and is “heavily influenced” by Morgan. The complaint lists the bizarre actions of Morgan.
For example, on being denied entry to Lee’s home by a security guard because law enforcement and Adult Protective Services were conducting a private interview with Lee, Morgan allegedly proceeded to make a false call to 911 claiming there were three burglary suspects inside Lee’s home, despite being told that Lee was with detectives. In another instance, Morgan once again made a false call to 911 accusing a security guard of assault with a deadly weapon against himself and Lee after the security guard refused to sign a non-disclosure agreement. Morgan was arrested for a false report of an emergency on June 11, 2018, and an emergency protective order was issued to protect Lee from him.  Morgan allegedly hired a security team to keep out Lee’s family members and others that have helped Lee in the past. More recently, the complaint alleges that Morgan moved Lee from his longtime family home to a condominium in what may be another attempt to further isolate him.
Lee’s daughter and only child, J.C. Lee, is also part of the legal maneuvering. At a recent hearing, J.C. asserted that she has the authority to speak for her father and argued that Morgan should be prevented from coming near her father.
The Court Decision
At a recent court hearing, a judge sided with Lee’s daughter on both counts, finding that J.C. Lee has the authority to speak for her father and that Morgan should be restrained from coming near Lee, Lee’s daughter, and Lee’s brother.  The request for the order alleges that Morgan attempted to interfere with Lee’s ability to contact caregivers, doctors and family members; attempted to alienate Lee from his daughter; and is embezzling or misappropriating millions worth of Lee’s assets.  Authorities are currently conducting an elder abuse investigation.
Sadly, elder abuse in the United States is a very real, and very troubling, problem that impacts all of us. Elder abuse is not a new problem, but societal awareness of the prevalence of elder abuse has increased considerably in recent years, due in large part to the rapid growth in the older population in the U.S. As evidenced by Stan Lee’s experience, no one is immune to the possibility of becoming a victim of elder abuse.
You can be the “super” hero that your family members or neighbors need by being vigilant and reporting any suspicious actions toward elders to Adult Protective Services.
Contact Living Trust Attorneys
For more information, please join us for an upcoming FREE seminar. If you have additional questions or concerns about who to appoint as the Trustee of your trust, contact the experienced living trust attorneys at Morris Hall PLLC by calling 888-222-1328 to schedule your appointment today. 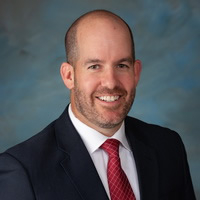 Michael Halliday
Attorney at Morris Hall PLLC
Lisa has been with Morris Hall since 2014. Prior to receiving her license to practice law, Lisa worked as a paralegal in both the estate planning and estate administration departments while attending law school. Her extensive knowledge of how trust documents are established during the planning stages and the nuances of what needs to take place when they are administered is invaluable when assisting clients. Lisa focuses her practice on estate planning and estate administration and is currently licensed in both Arizona. Lisa primarily overseas the Trust Administration Department and continues to serve various areasincludingandwhile maintaining service to her clients in Arizona.